Slightly later than originally planned, England have revealed the new home and away kits they will wear at the 2022 World Cup.

By tradition, the Three Lions’ home shirt is mostly white but features a unique block of contrasting colors just below the collar, which has already angered traditionalists.

Using a blue color combination that evokes memories of retro England kits from the early to mid 1990s, the arched seam design of the 2022-23 Nike template is used to create a large rounded panel on the shoulder

The dark- and light-blue colors are repeated on the sleeve cuffs, which feature simple bands of two shades — both of which can be seen adorning the trim used for the accompanying shorts and socks.

Ann an instant hit with nostalgic fans who still favor the design aesthetic of the early 1990s, the retro styling of the new away kit is more intense with almost every design element lifted en masse from the beloved Umbro away strip in 1992 — from the deep rose-red color to the instantly recognizable button-up, fold-down collar. 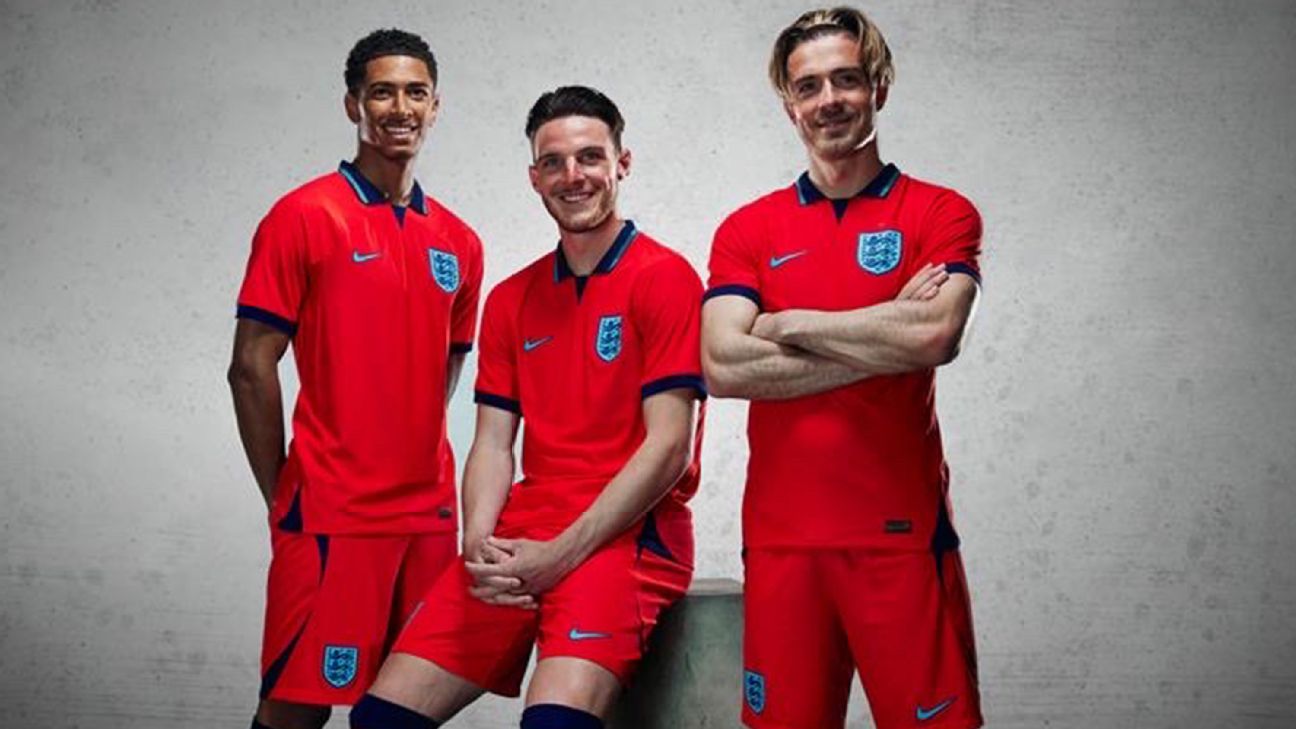 The crest and badges are actually rendered not in the usual white but in a pale blue, which also serves as a nod to the Umbro third kit of the early 1990s — specifically the timeless 1990 World Cup alternate shirt. It is still widely regarded as one of the most handsome ensembles worn by the Three Lions despite the heartbreaking manner in which their tournament came to an abrupt end against West Germany on penalties in the semifinals.

Gareth Southgate will no doubt be hoping a similar fate does not await his team in Qatar.

No comments to show.